Posted on 1 December 2011 by dandelion

I’ve since long been fascinated by the abandoned, the deserted, paradise lost, faded beauties and their heartwrenching bittersweetness. From the off season resort – few places feel so abandoned as a coastal summer resort during fall and winter – where the bittersweetness is mostly a matter of season; to places abandoned, broken or transformed by the steady pace of history. Life’s frailty and changeability. Hope and broken dreams and hope again. All in one cyclic movement. Detroit is by many reasons such a place. One of the once glorious smithies that created and shaped the American Dream on wheels. Today caught in between hope and despair and hope again. I’m very grateful to my American friends who took me to these places close to its center: the Belle Island, bought by the city of Detroit in the late 19th century and created by the architect Frederick Law Olmstead (the very same architect who created Central Park in NYC) to be a place for recreation for the public; and the Heidelberg Project that started 25 years ago by the artist Tyree Guyton, with him, his wife and grandfather stapling abandoned objects to abandoned houses as a way of highlighting the issue of deterioration. It’s still ongoing, controversial and even if it has been awarded prizes even from the city itself it is almost a negative of the Belle Island: art created to highlight social issues in an area seen as anything but beautiful. Interesting, important. Still alive. 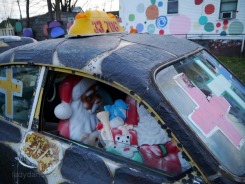 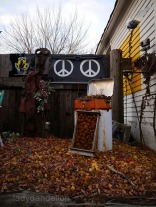 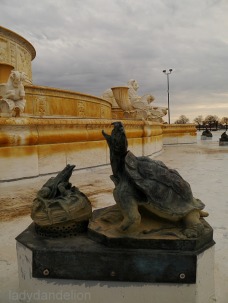 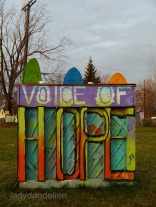 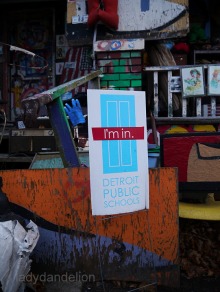 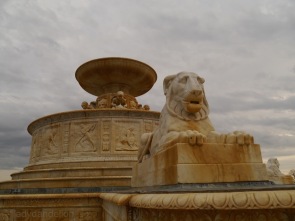 7 Responses to fragments of america: two faces of detroit