Posted on 1 September 2011 by dandelion 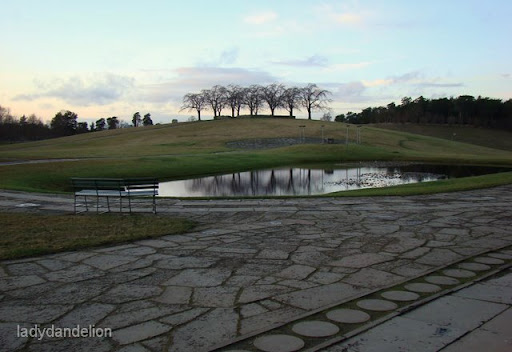 The woodland cemetery – woodlands – where my grandfather and grandmother are buried.

I’m not sure grandmother had been thrilled over being set loose in the cyberspace. My guess is that she would have shook her head and chuckled, in her husky way – husky after more than sixty years of smoking – and said – with one of her untranslatable personal expressions – something about me being an incommensurable, dear kiddo, that she found it amusing and touching that I wanted to write a few words about her and she would have patted my cheek and probably lit up another cigarett, hushing me since she would have wanted to hear the latest news at the P1 (the public news radio channel).

Today it has passed two years since she listened to her last news broadcasting, lit her last cigarette and solved her last crossword. When my mother found her the radio was on, the newspaper on the table and the kitchen window – as always – open. But she, the old fighter, with a tender heart and a mind of her own, was gone – out of reach. She was lucky to be well over eighty, managing on her own – dying when still alive, still curious, still herself. She had the privilege of living a long, interesting life with a mind and heart of her own. Maybe she was one of the most grown-up persons I’ve ever met – grown-up in the best of senses: someone who has lived and made a few hard choices in life; someone who has chosen to live her life and take responsibility for it.She had no formal education – there wasn’t any money for that – but kept on learning, being curious and engaged in the world throughout her life. I miss hearing her often razor sharp analysis of political events – not always right, always informed -never ignorant. That has taught me how foolish it is to think that formal education is necessary to be knowledgeable and wise. I’ve met many professors and what-have-yous from high brow universities with less insights and less curiosity – even regarding their own subject – than she had as an eighty-six-year-old. Intelligence, knowledge and being intellectual are beyond titles and bling – it is to never cease wanting to know more and that is a rare bird – even at the universities.

I miss spending hours together with her in peaceful quiet – she reading, listening to the radio while I read a paper, wrote or just napped. I miss having hot discussions on politics over the phone. I miss singing or reading poetry together with her – sometimes over the phone. I am very grateful to have had the privilege of having a grandmother with a loving soul and clear mind – always close and within reach. We had a special bond and knew one another. That is a rare gift. She had the unusual ability to be very loving and very unsentimental in one breath – sometimes brutally honest in the way we only can be with those we really love. When I feel lost I miss not being able to be measured up by her anymore – with that loving, unsentimental gaze – and hear her tell me who I am.

She never visited America, but she and my grandfather travelled the roads of Europe during many summers – both enjoying being on the road, exploring. So, when I’m heading west in the beginning of October, I think they will accompany me on the US roads. I can hear them discuss in the back seat already – debating all from current politics to my habit of driving too fast. Gone, but still here. In my heart. 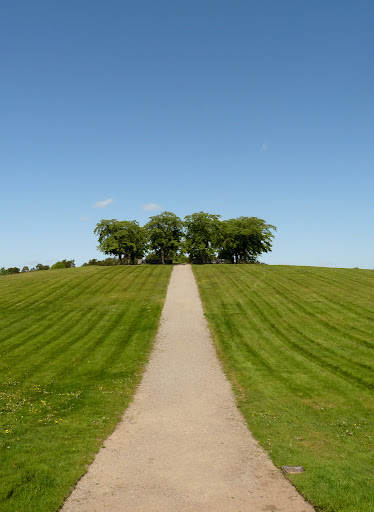 2 Responses to gone but still here